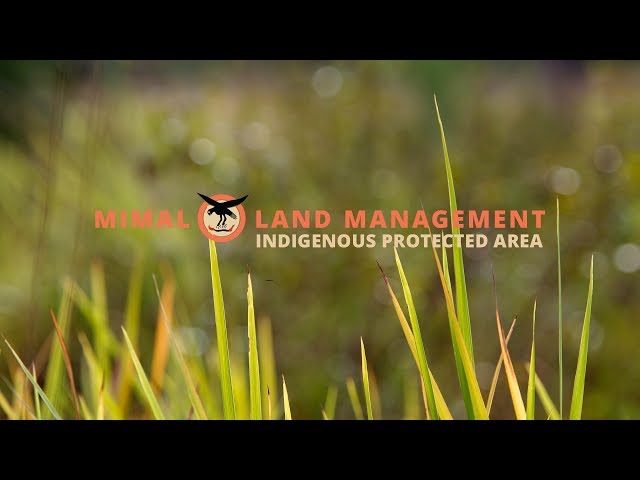 It’s the final step before the government considers Mimal’s proposal to declare an IPA across 18,300 sqare kilometres in south-central Arnhem Land.

The submission comes after a journey to complete consultation and development of the plan amid a global pandemic.

It was developed through in-depth consultation with more than 20 clan groups who collaborated with Indigenous rangers, researchers and scientists to map and prioritise Mimal’s environmental and cultural assets, identify threats and outline ways to manage them.

In October 2019, the Federal government awarded Mimal Land Management more than $320,000 to support community consultation and work toward the management plan.

Mimal landowners and custodians are hopeful they can officially declare their country an IPA in 2023.

What is an IPA?

Indigenous protected areas are a vital part of Australia’s system of national parks and reserves, protecting the nation’s biodiversity for the benefit of all Australians.

They recognise Indigenous rights to manage country while promoting biodiversity and conservation outcomes through the National Reserve System.

The region is home to the Dalabon, Rembarrnga and Mayili people, who hold an unbroken history of land ownership and management. Their traditional connections to country remain largely intact and many landowners either reside on or spend long periods at outstations. The area is covered with places of significance, including rock art sites, dreaming lines and sacred places linked to spiritual ancestors.

The area’s natural and cultural assets are managed by Mimal Rangers on behalf of and in cooperation with landowners and custodians./

The Mimal IPA would add significantly to national conservation and, in conjunction with neighbouring IPAs and sanctuaries, substantially increase the reservation of the Central Arnhem bioregion and create one of the Northern Territory’s largest Indigenous-owned conservation corridors.

To find out more about our proposal, read the Mimal IPA Prospectus. The work of Mimal Rangers is out of sight for many, but it delivers vital life services such as clean air and fresh water.

Managing the land and fire, and removing weeds and ferals keeps important plants growing strong so they can produce the very air we breathe.

Controlled burning and fighting wildfires reduces smoke and emissions, helping to ensure the air we breathe is fresh and clean, and reducing the impacts of climate change.

Removing feral animals protects springs and waterways that feed into the rivers that flow into our water supplies. Six months after feral buffalo were fenced out of Weemol Spring, the degraded wetland sprung back to life - the water became clear and clean, and native plants began to regrow over the bare and muddy banks. We protect country through land, fire and water management, by managing and removing feral animals and weeds, and through working with our neighbours.

We protect culture by through supporting communities and elders to conduct ceremonies, through our language projects, by recording stories of our elders, by looking after special places and recording rock art.

We believe Indigenous Protected Areas are also vital to protecting country and culture. It’s why we want to declare an IPA over the area we manage.

IPAs have become a important part of Australia’s parks and reserves system over the past 20 years and we support calls for guaranteed IPA funding for another 20 years.

Collaborating with our neighbours has always been part of the way we work.

We joined forces with neighbouring Indigenous ranger groups in west Arnhem Land to create the first-ever controlled savanna burning project that was recognised by the Federal Government and has been adopted across northern Australia - and the world. This work continues with our partners under the organisation ALFA NT.

We work with our neighbours to share knowledge of country - whether its about plants and animals, weeds and ferals and shared cultural sites.

Some of our neighbours manage their land as an IPA. Our neighbour Wardekken established an Indigenous Protected Area a decade ago. We hope to join them and establish an IPA as well.

Declaring our country an IPA will help to further our collaboration and expand the footprint of protected areas in the region.

It will create a connected corridor of parks and reserves that will link Arnhem Land, Kakadu National Park and Nitmiluk National Park - making the largest protected area in Australia. Healthy djula and wah - freshwater places - are vital and an important part of our plan in managing country.

Freshwater country is where we get bush foods like fish, turtle, lily roots, mussels and yabbies. Sometimes we find sawfish that come all the way up from the saltwater. It’s where native animals comes to drink - and we find ducks, geese and other animals in big numbers where water is healthy and clean.

Our landowners are working with us on water health issues and activities, and we’re applying a two-toolbox approach to our water management.

By 2027 we will have a program of two-way monitoring of freshwater country that demonstrates improved habitat for native species, better access for landowners and community members, who will again feel safe spending family time hunting and fishing in freshwater country. We are working to protect native animals and to eradicate ferals from our country.

Feral animals such as buffalo, horses, donkeys, pigs, cattle and cats are a major threat to our country. They cause extensive damage across our freshwater, grassy plains and forest places. They also damage our special cultural sites. Our native plants are important to us - they offer important habitat and give us food and medicine.

Our plant project works to protect native plant species and involves rangers, elders and landowners who work together to identify native plants, record their uses and language names, to collect seeds and revegetate important conservation areas.

Mimal also works hard to fight the spread of weeds, which are a major threat to the health of our country. Our weed management strategy targets a number of weeds including gamba grass, grader grass and mission grass. We were part of the original West Arnhem Land Fire Abatement (WALFA) group who developed the savanna burning methodology where we proved that conducting controlled, early dry season burning reduces wildfires and emissions.

Our work was adopted by the Australian Government and gives individuals and organisations the option to reduce their carbon footprint by purchasing offsets.

Importantly, this approach recognises the long-standing practice of our ancestors, who managed country for millennia through patchwork, cool burning.

We work together with our neighbours and landowners to burn the right way and we are always working to improve our approach. Our country is a living landscape - our culture, heritage, laws and language are linked to the land.

Having cultural knowledge and respect is part of what it means to be a Mimal ranger and we support a range of activities to prepare new generations of custodians and to address our elders’ concerns about loss of knowledge of country and culture.

Our Strong Culture project focuses on increased employment connected to culture, indigenous knowledge of ecology and culture, protection of sacred places and ceremony, rock art recording and conservation, language maintenance, family and oral histories and connections to country, culture camps and walking on country, Junior Rangers and other cultural programs for children and young people.

Our long term vision is to have strong knowledge, ceremony, language, dance and song connecting families, country and culture.